Adam Schiff and Nancy Pelosi have managed to pull off a miracle with their impeachment gambit .

They’ve united Republicans around Donald Trump, a feat once thought impossible, and for which the president owes a great deal to Schiff’s dogged Republican counterpart Devin Nunes.”

This was echoed by Trump’s  Tweet on Sunday  celebrating poll numbers showing that public support for impeachment is declining after a week of public testimony.

The Impeachment Scam is driving Republican Poll Numbers UP, UP, UP! Thank you Shifty. 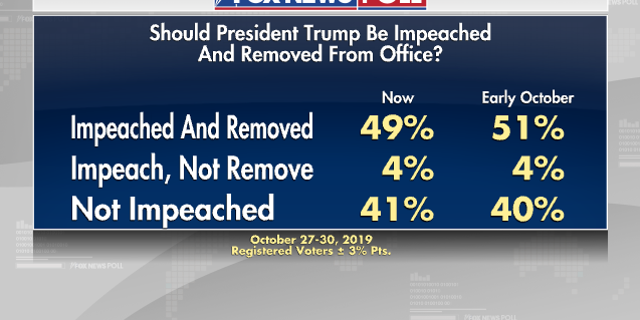