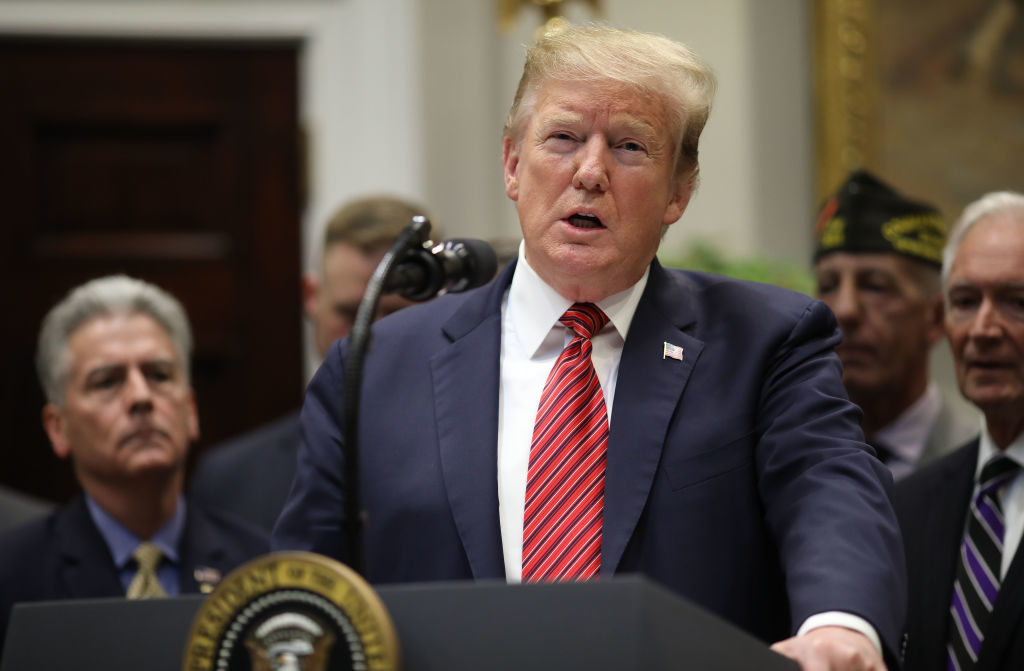 WASHINGTON, DC - MARCH 05: U.S. President Donald Trump speaks during a signing ceremony for an executive order at the White House on the “National Roadmap to Empower Veterans and End Veteran Suicide” March 5, 2019 in Washington, DC. Following the signing, Trump commented on the recent requests from committees in the House of Representatives for documents related to his business, personal tax records, and other subjects believed to be under congressional investigation. (Photo by Win McNamee/Getty Images)

Today Rich responds to President Trump's comments on tariffs for Mexico if they don't help secure our mutual border. This comes after the Trump Administration won a major court victory allowing the executive branch to reallocate funds to build the border wall. Then, Rep AOC devalued veterans and America, compared her luxury apt to NYC affordable housing, and juxtaposes working for tips to indentured servitude. Afterward, we have a brief discussion on the new LGBT sandwich. Follow and post your comments and questions on Twitter @RichValdes and online at TheRichValdes.com