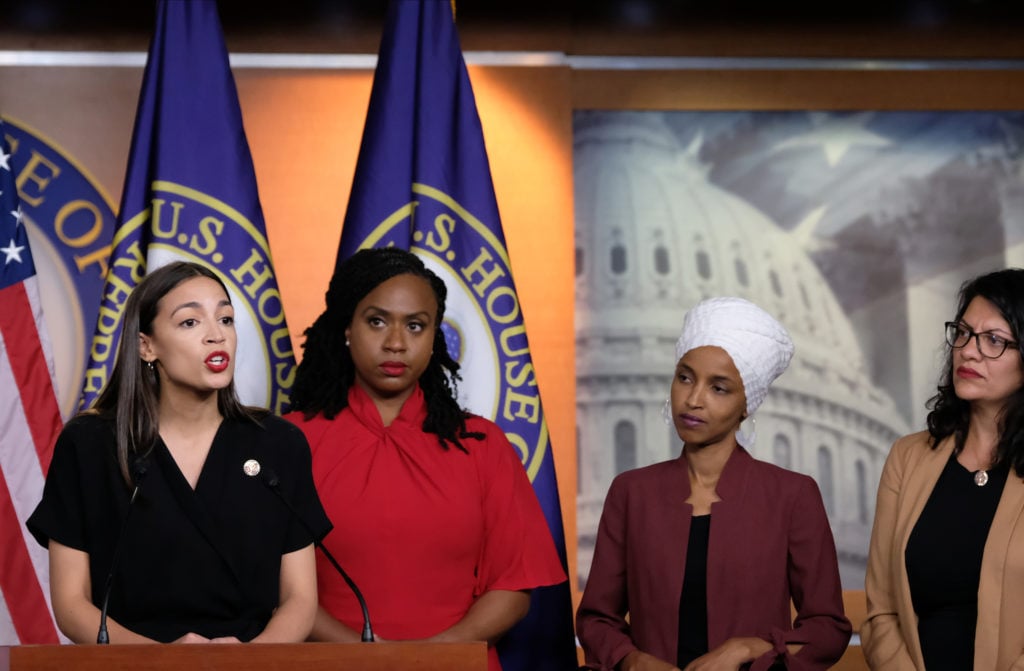 WASHINGTON, DC - JULY 15: (L-R) U.S. Rep. Alexandria Ocasio-Cortez (D-NY) speaks as Reps. Ayanna Pressley (D-MA), Ilhan Omar (D-MN) and Rashida Tlaib (D-MI) listen during a news conference at the U.S. Capitol on July 15, 2019 in Washington, DC. President Donald Trump stepped up attacks on the four progressive Democratic congresswomen, saying that if they're not happy in the U.S., "they can leave." (Photo by Alex Wroblewski/Getty Images)

Today, Rich discusses the Democrat disunity amongst Speaker Pelosi's liberals and AOC's pseudo-progressives, and the latest comments from President Trump calling for the four Congresswoman of the "squad" to leave the country if they hate it so much. Then, meet the New Jersey Councilman suing Governor Phil Murphy over the State's sanctuary city laws. Retired cop-turned-councilman, Mark Razzoli, is standing up for all Americans in his federal lawsuit. Plus, a look at the very in-depth "policy" discussion that Omar made at the annual gathering of pseudo-progressives known as NetRoots. Subscribe and lave a review. Join the conversation on Twitter @RichValdes and visit us online at The RichValdes.com